The ice charts nomenclature and color code standards follow the World Meteorological Organization (WMO) Ice Chart Colour Code Standard (WMO/TD-No. 1215) and Sea Ice Nomenclature (WMO-259) documents, used for ice charts in all ice services. The two colour codes are based on total concentration and stage of development (SoD), each one being mutually exclusive. These colour codes compliment the  pre-existing pattern symbols for sea ice concentration and form, and have since been adopted by the WMO. Sea ice charts include the corresponding legend stating the colour codes. In some cases, pattern symbols are included along with colour and or egg codes. Ice charts are of great importance to commercial and fishing vessels, as they allow for tactical and strategic 24 hour route planning, allowing them to cut a course safely through the ice. Produced on a daily, weekly or bi weekly basis, these charts are not only of maritime use, but also of importance to environmental research into the variability of ice conditions over time. 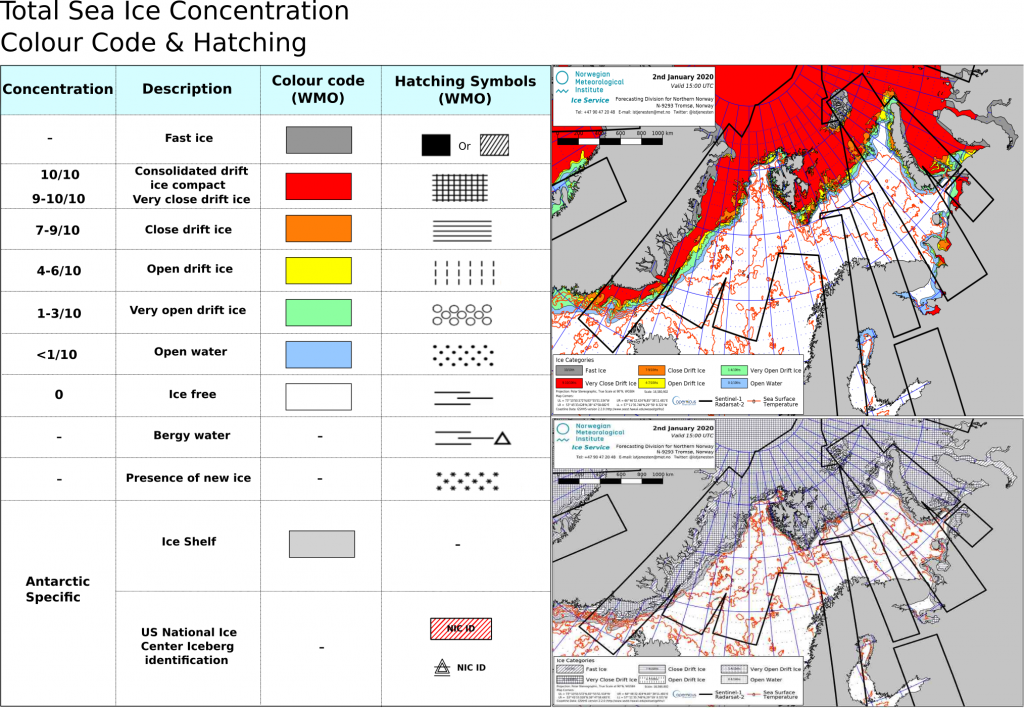 For additional areas in the Arctic and Baltic, the Baltic Ice Service and Canadian Ice Service (CIS) produce routine SoD charts that helps to provide services for regional regulations and accommodate for the needs of local communities. 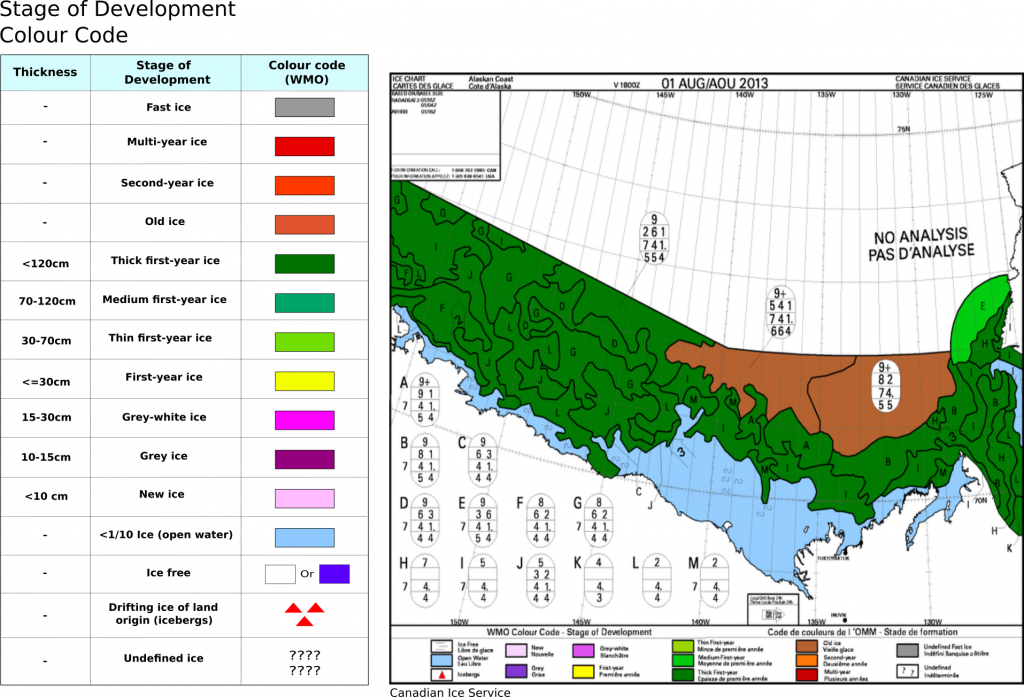 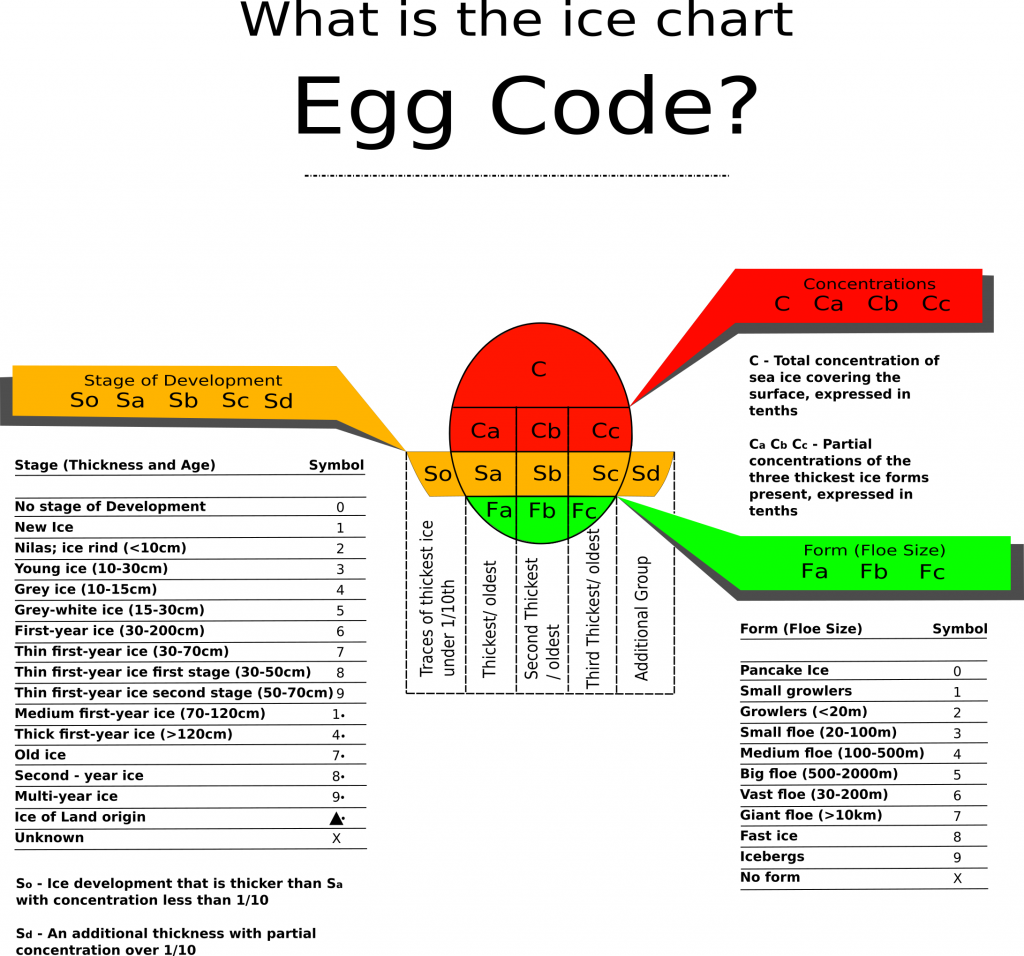 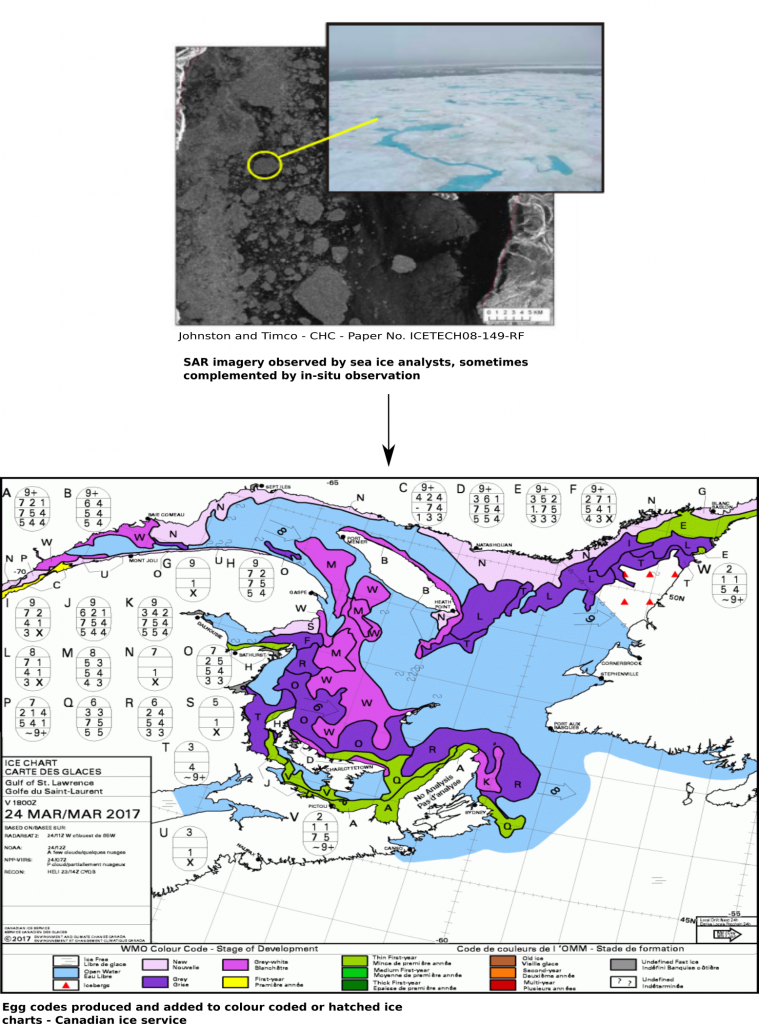