We are proud that our sea ice data are featured and cited in the 6th International Panel on Climate Change Assessment Report (IPCC AR6) whose Working Group 1 (WGI) report was released early this August. They are used as the basis for the assessment of Arctic and Antarctic sea ice extent alongside the US NSIDC data in Chapter 2 (Changing state of the climate system) and Chapter 9 (Ocean, cryosphere, and sea level change).

For the global sea ice condition, the report states that: Human influence is very likely the main driver of [...] the decrease in Arctic sea ice area between 1979–1988 and 2010–2019 (about 40% in September and about 10% in March). There has been no significant trend in Antarctic sea ice area from 1979 to 2020 due to regionally opposing trends and large internal variability.

FIGURE: Arctic (left) and Antarctic (right) trends in sea ice area as in the 6th IPCC Assessment Report (adapted from Chapter 2, Figure 2-20). The OSI SAF data (produced at MET) is plotted in light blue together with two datasets from the US NSIDC. 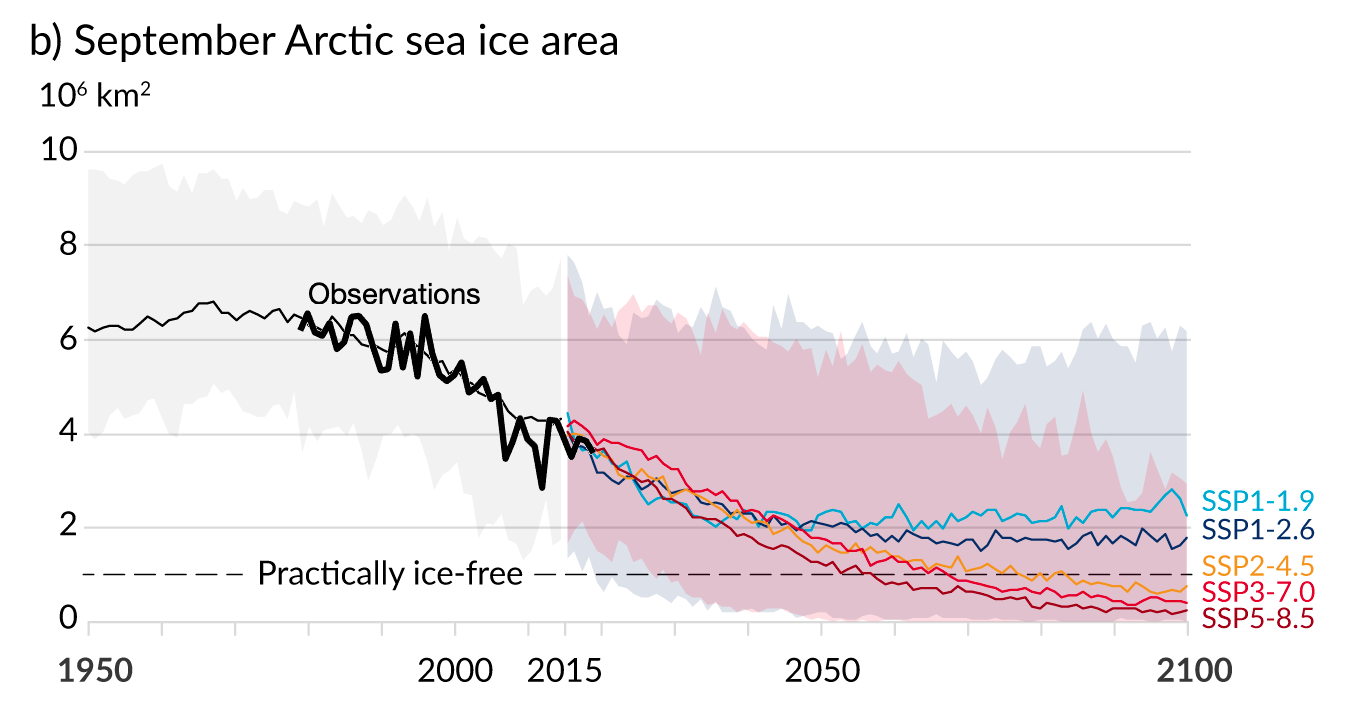 FIGURE:  September Arctic sea ice area in millions of square kilometres based on satellite-based observations (in black) and CMIP6 model simulations for five Green House Gas (GHG) emission pathways. The Arctic is projected to be practically ice free near mid-century under mid and high GHG emissions scenarios. The figure is adapted from Figure SPM.8 in IPCC AR6 (2021) (http://www.climate-lab-book.ac.uk/2021/adding-observations/).