Summer in the Arctic

Summer is approaching in the Arctic, and the Arctic sea-ice is melting. From a maximum sea-ice extent in March, which this year occurred on March 3rd, with the ice covering 15.2 million km2 (see previous post on cryo.met.no here), the ice-covered area will be more than halved by September. 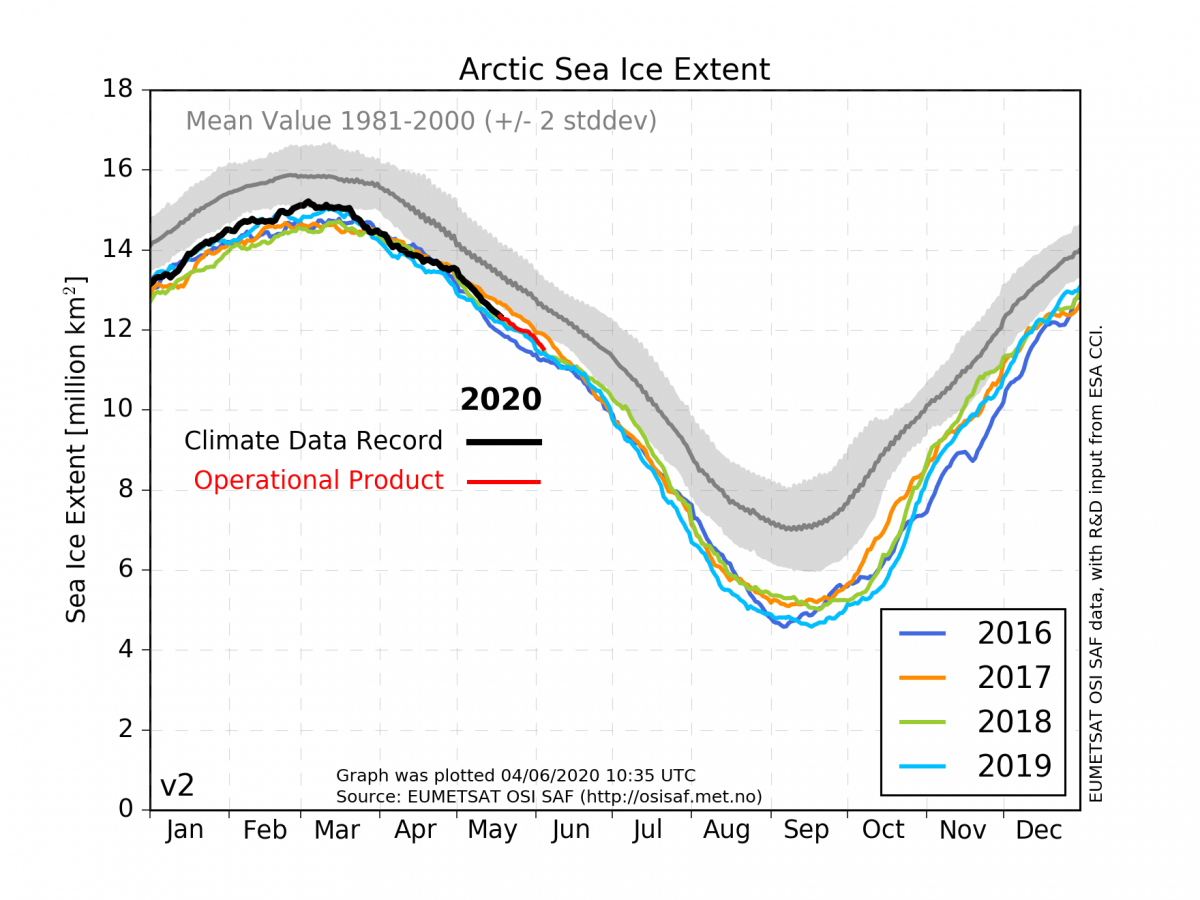 The figure shows the daily Arctic sea-ice extent for this year (black and red curve) together with the years 2016-2019 (other colours) and a mean extent based on the period 1981-2000 (grey curve). A daily updated version of this figure is available here. 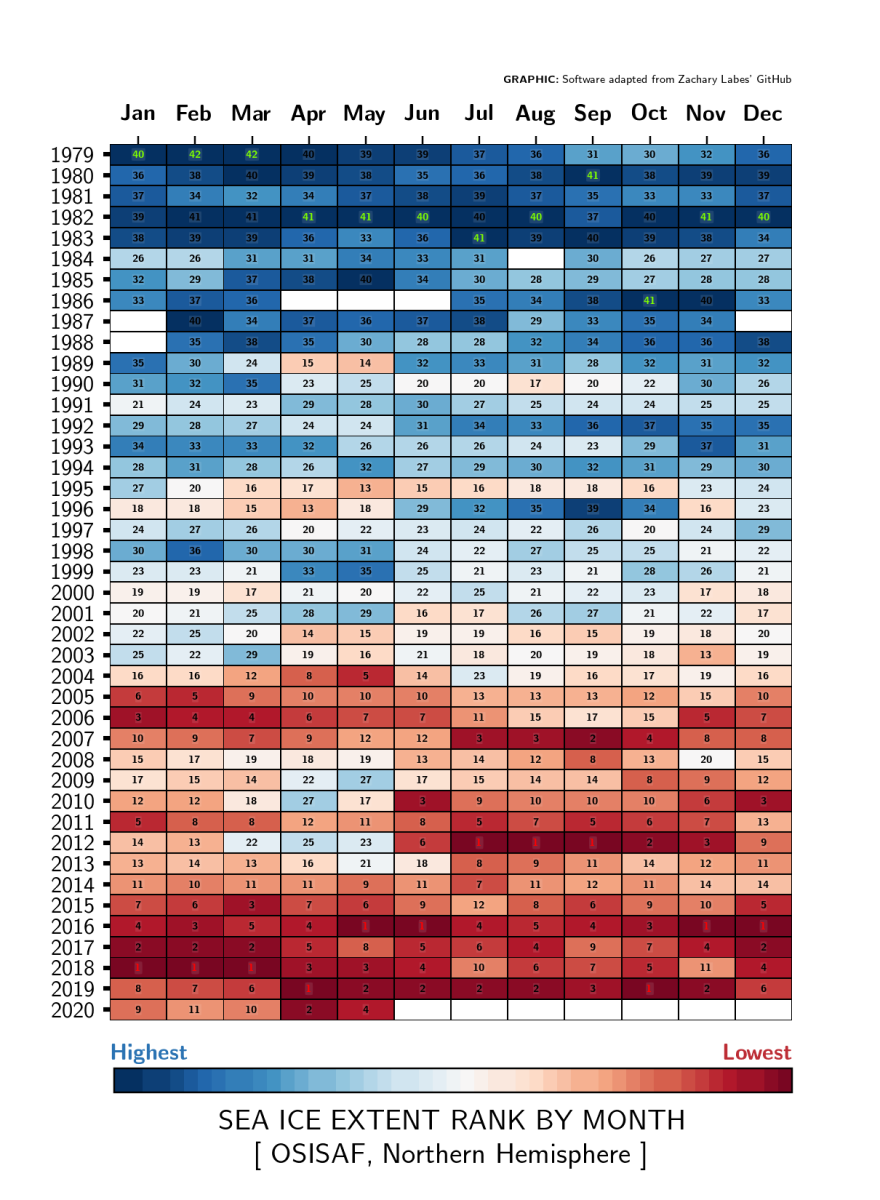 The areal coverage of sea-ice for the Svalbard region has during February - May this year generally been above normal, but is now closer to the average for the 30 year period (1981 - 2010) used as the climatological reference: 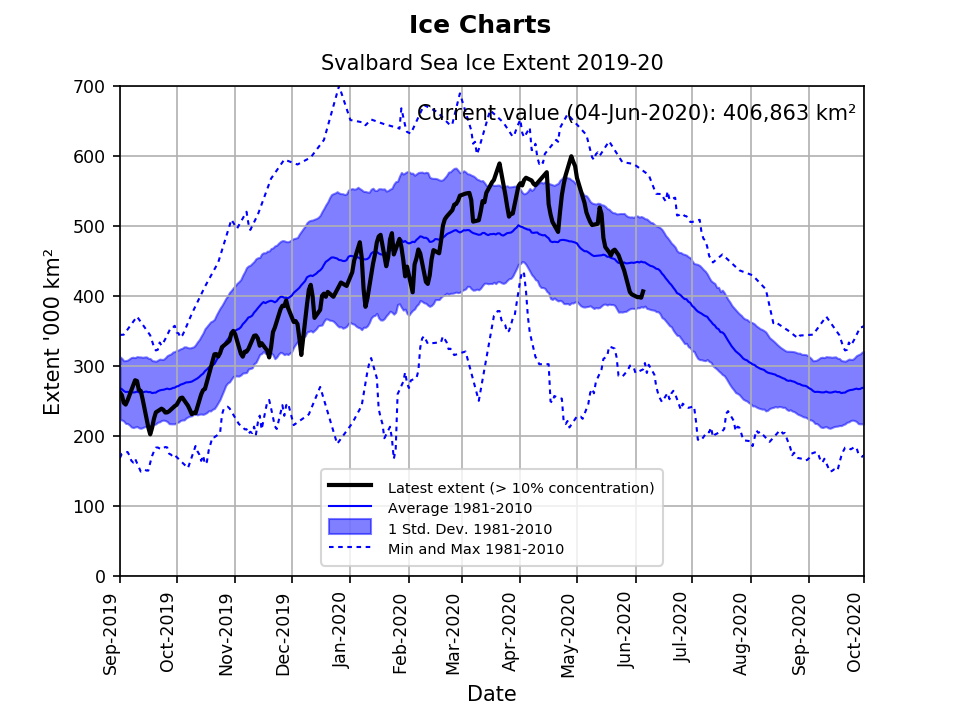 The presence - or absence - of sea ice has an important role for the Arctic climate. The sea ice-cover works as an insulator between the ocean and atmosphere above, and an ice-covered sea has a stabilizing effect on the water column. Contrarily, increasingly more ice-free ocean can cause even more difficult conditions for sea ice to form. Read more on this Instagram post produced by the Norwegian Polar Institute (in collaboration with MET Norway).