2020 will be remembered as a year with very low sea ice in the Arctic. Both July and October had record-low sea ice, and the sea-ice extent was among the four lowest from April to December. By this, 2020 had the longest period (9 months) of some of the lowest sea-ice conditions on record for the Arctic. The lowest sea-ice extent on record - regardless of which month - occurred in September 2012 (4.14 million km2), followed by September 2020 (4.48 million km2), and in third place is September 2007 (4.70 million km2). 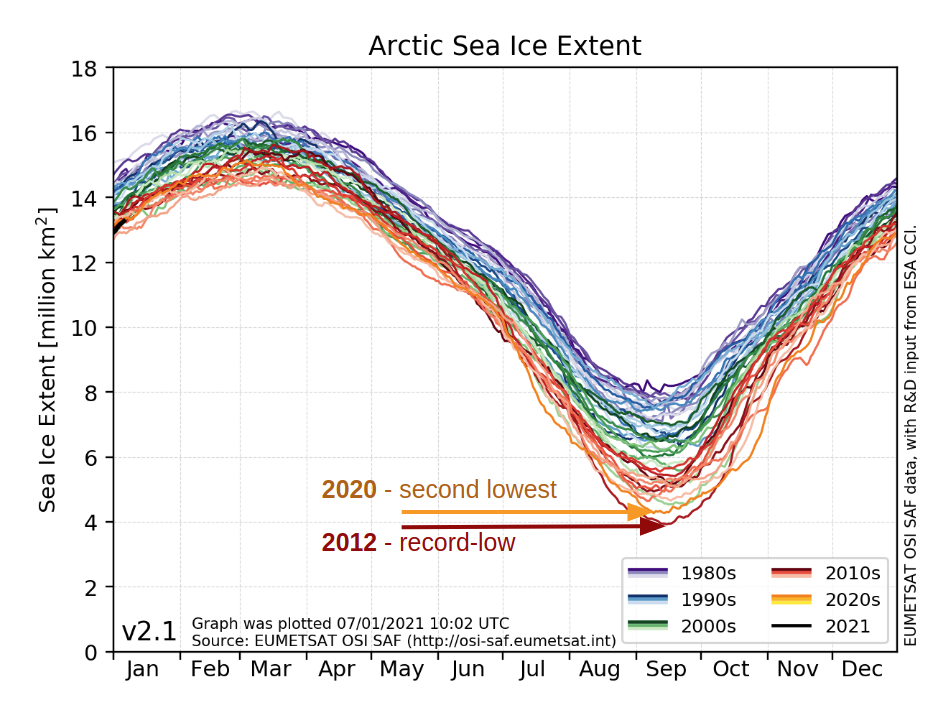 Therefore, we have updated our daily Arctic sea-ice extent figure "daily-2years" (figure presentation is found here) which includes the two recent years with the lowest sea-ice extent as reference curves. From today, this figure for the Northern Hemisphere regions includes the minimum years of 2012 and 2020 (replacing the previous years of 2007 and 2012).